T in the Park was fantastic...was end of era for me and the friends I was with as we were a few days of graduating.
Mancs in Dec 2005 was fantastic for the company too.
Barras is still the best venue to see the band though!

Drawn From Memory
This New Day

I just cant do it although i'm not overly keen on Gravity at the moment...think its cos i've overplayed it at the start though

Err.....Sainted, ESS, Target and Celebrate are my current favourites...

Hmm think I just said hello or something dull!

Hayley bailey at T in the Park closely followed by Katie, neal, georgie and a few more (I was drunk...can't totally remember all those there!)

Loads more since then!

Got really drunk and fallen asleep in the toilets!

If you're talking non Embrace....

At the moment it's Delays "You see Colours"

I hate jelly babies...they taste like they have been in flour!!!

His real name was Dan Falzon but I totally can't remember his character name....he was my first crush!

anything in an English accent!

A famous gymnast or a journalist.
I am neither :o(

Any of them bar Danny, I don't see him being much use in the kitchen.
He could set the table instead

I'm allergic to both!

getting up for work!

I was on telly for my school when i was younger! A crappy scottish programme called Red, Amber, Green!

If you've enjoyed getting to know *s*, you would probably find these people enjoyable as well: 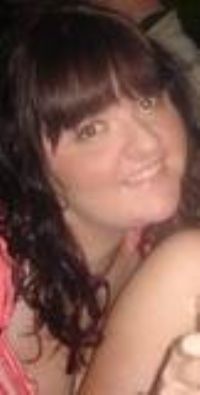 What people are saying about *s*: