New Adam New Eve, I just love the energy of it and the lyrics get me every time!

Donny Dome '98 was fab because it was the first time I saw Embrace live.

DFM - I can just listen to it for hours and it helped me through a bad time in my life.

I've been running, Blind, Brothers and Sisters, Dry Kids, there are just too many good b-sides to only pick one!

A long time ago under my real name of Nicola, think it was sometime late 1999.

I met Debbie first at at Rock City in Nottingham in 2001. Shortly afterwards I met Ruff, Graeme, Wolla and Muller at ESP in the Leadmill in Sheffield.
Then Shazpot and Craig at Stereophonics gig in Sheffield Arena. I met Sianie outside M&S in Meadowhall in January 2002 and she bought me a Hello Kitty pencil!

Then I met the rest of the bunch during the mini tour 2002 at Leeds, RAH or Manchester Apollo.

I don't actually remember meeting my boyfriend, at the Leeds Embrace gig on 31 January 2002 due to rather copious amounts of alcohol being consumed by myself!

I thought I met Burnsey the next morning at Victoria Station in London! Thankfully my drunkeness didn't put him off!

Terrorvision - How to make friends and influence people.
Embrace - DFM.
Phonics - Word gets around.
Ash - 1977.
Oasis - Definitely Maybe.
Senseless Things - The First of Too Many.
Greenday - Dookie.
The Coral - The Coral
The Manic Street Preachers - Generation Terrorists.

I love all Jelly Babies cept the black ones!

Dr Clive or Daphne and Des! The oldies were the goodies.

Alcohol? None for me thanks, I am tea total!

I've been made to see that it is not evil, and I do like the german beer at Lancashire cricket ground, but I still think it is a bit boring! Yawn! Although Lanky the Lancashire Giraffe is quite amusing!

Older than I was. I used to follow my sister around and want to do everything that she did, but she was 4 years older than me.

Rich, I'm sure he he'd help me ring up and order a decent takeaway! I don't mind making desert!

Cats, they are more intellectual and can walk by themselves! :-) Not that I am lazy u know! Honest!

Lairdy's supersonic buzzer finger. He is just way too fast and must be banned from playing any more games!

I've calmed down a lot, it must be Burnsey's influence on me.

If you've enjoyed getting to know Pepsi, you would probably find these people enjoyable as well: 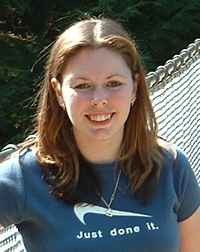 What people are saying about Pepsi:

Thought-provoking wisdom provided by Paul:
An interesting fact about myself
I once almost had my receding hairline used for medical research with a transplant
Read more about Paul »